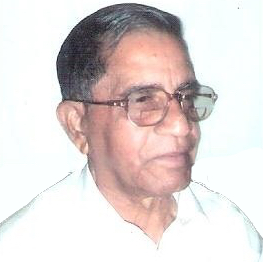 Prof. Khageswar Pradhan, the former Vice Chancellor of Orissa University of Agriculture and Technology and Rajasthan Agricultural University in India is the Chairman of Digjyoti.

Khageswar had a difficult childhood. He was born in a small remote village of Orissa. He lost his mother two months after he was born and then his father in early childhood. He could have ended up like thousands of orphaned children in the country do, but through sheer hard work and determination, Khageswar pulled himself out of the poverty of rural Orissa. He put himself through school and college on charity and scholarships, went to the US for higher education and became an eminent scientist and educationist. After a distinguished career in research, teaching and academic administration he went on to become, successively, the Vice Chancellor of two leading agricultural universities in country. Currently, he is the Chancellor of Siksha O Anusandhan University in Orissa, India.

Over a lifetime of achievement, Dr. Pradhan has received many awards in India and abroad. Some of them are – the Rafi Ahmed Kidwai Award from the Government of India, the Dr. P. Bhattacharya Memorial Award of National Academy of Agricultural Sciences and a Lifetime Achievement Award from the Animal Nutrition Society of India. Two universities have awarded him with D.Sc. (Honoris Causa).

Digjyoti is Dr. Pradhan’s dream. An orphan himself, he understands how difficult it can be for the orphaned and destitute to empower themselves with a higher education. Even those who have the talent and the dedication to go further are often unable to, because they lack support and resources. Dr. Pradhan’s belief is that education is the instrument for empowering an individual to become an active agent of development for the nation. This is the guiding philosophy behind Digjyoti Trust.